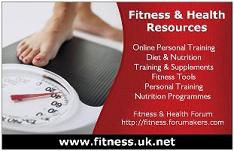 Green tea could hold promise as a new treatment for skin disorders such as psoriasis and dandruff, Medical College of Georgia researchers say.


Researchers studied an animal model for inflammatory skin diseases, which are often characterized by patches of dry, red, flaky skin caused by the inflammation and overproduction of skin cells. Those treated with green tea showed slower growth of skin cells and the presence of a gene that regulates the cells' life cycles.

"Psoriasis, an autoimmune disease, causes the skin to become thicker because the growth of skin cells is out of control," says Dr. Stephen Hsu, an oral biologist in the MCG School of Dentistry and lead investigator on the study published in the Aug. 18 edition of Experimental Dermatology. "In psoriasis, immune cells, which usually protect against infection, instead trigger the release of cytokines, which causes inflammation and the overproduction of skin cells."

Other autoimmune diseases with similar side effects include lupus, which can lead to skin lesions, and dandruff.
Green tea, already shown to suppress inflammation, helps by regulating the expression of Caspase-14, a protein in genes that regulates the life cycle of a skin cell.

"That marker guides cells by telling them when to differentiate, die off and form a skin barrier," Dr. Hsu says. "In people with psoriasis, that process is interrupted and the skin cells don't die before more are created and the resulting lesions form."

"Before treatment, the antigen, PCNA, was present in all layers of the skin," Dr. Hsu says. "Typically, PCNA is only found in the basal layer, the innermost layer where skin cells continually divide and new cells push the older ones to the skin surface, where they eventually slough off. After being treated with green tea, the animal models showed near-normal levels of PCNA in only the basal layers."

This research is important because some treatments for psoriasis and dandruff can have dangerous side effects, he says.

"The traditional treatment of ultraviolet light and medication, while it can control the lesions and be used long term, may cause squamous cell carcinoma  the second most common form of skin cancer," Dr. Hsu says. "Some of the most effective anti-dandruff shampoos also have carcinogens in them. While the U.S. Food and Drug Administration allows that in small amounts, the bottom line is that we don't know the long-term effects of using those products continuously."

Green tea, which is plant-derived, may be an alternative, he says. But scientists must work to overcome some barriers with the treatment.
The chemicals in green tea are so active that they are oxidized too quickly when mixed with other ingredients.

Green tea is an excellent drink for the fitness trainer - I almost exclusively drink green tea and water. The antioxidant properties of green tea prevent the formation of free radicals which cause muscle breakdown.

Lol - I used to hate the taste of green tea, however I can honestly say that after drinking it consistently for a few weeks (3/4 cups a day) you actually get used to the taste (I wouldnt go as far to say I like it!)

Now when I drink it I feel relaxed and get a mild mental high - this could be psycholgical of course but the chinese swear by it!

gross I donno how you guys drink it! lolz once my friend gave it to me It taste like soap!
good info though thank you.

Green Tea has very very good nutritional values and it is used in traditional chinesse remedies a lot.
The secret of green tea lies in the fact it is rich in catechin polyphenols, particularly epigallocatechin gallate (EGCG). EGCG is a powerful anti-oxidant: besides inhibiting the growth of cancer cells, it kills cancer cells without harming healthy tissue. It has also been effective in lowering LDL cholesterol levels, and inhibiting the abnormal formation of blood clots. The latter takes on added importance when you consider that thrombosis (the formation of abnormal blood clots) is the leading cause of heart attacks and stroke.

[quote="adamsmith"]Green Tea has very very good nutritional values and it is used in traditional chinesse remedies a lot.
The secret of green tea lies in the fact it is rich in catechin polyphenols, particularly epigallocatechin gallate (EGCG). EGCG is a powerful anti-oxidant: besides inhibiting the growth of cancer cells, it kills cancer cells without harming healthy tissue. It has also been effective in lowering LDL cholesterol levels, and inhibiting the abnormal formation of blood clots. The latter takes on added importance when you consider that thrombosis (the formation of abnormal blood clots) is the leading cause of heart attacks and stroke.

Green tea is known worldwide as one of the best, maybe even the only herbal plant that is able to cure and prevent cancer and other difficult illnesses that we humans are so susceptible to. It has many effective healing properties and is known to have a lot of benefits.

Green tea has of late been credited with a number of seemingly miraculous cures and treatments, literally from ulcer to cancer and skin..

Green Tea is a very good refreshing drink apart from this it is one of the herbal products which helps cure skin diseases,reduces cancer and many other illnesses which humans are facing these days.

Green Tea has become a vary important, effective tool for many diseases in a vary short span of time, It is also recommended for Weight Loss, Old Stomach problems. It has been using now for elder ages of people commonly ..

Most of the people don't know how much effective green tea is for stomach and loss weight. we think the taste is not good so we don't drink it. Green tea has positive results for skin diseases even it works for skin cancer so we shouldn't avoid it.